The Quick Guide to Mold Testing and When You Need It 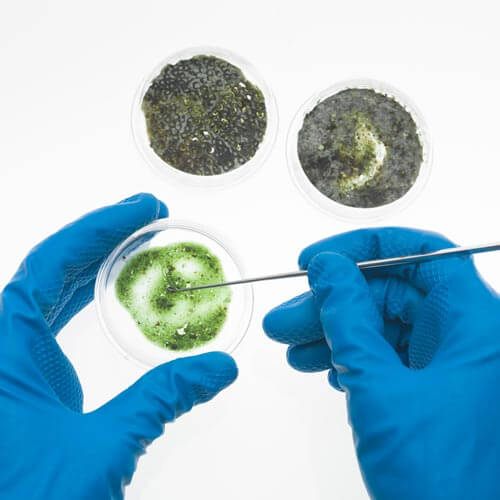 Mold is finally getting a little mainstream attention as a possible culprit for previously unexplained chronic conditions. But functional and integrative doctors have been looking into it for years, asking their patients to get themselves and their homes tested to help figure out the root cause of their symptoms. That’s why at the Lam Clinic, we offer mold testing as part of our functional lab testing services.

Mold is a toxic fungus that grows in places that have high moisture. It produces mycotoxins, which are metabolites that, when you’re exposed to them consistently, can lead to many health problems. They can create inflammation and cause your NeuroEndoMetabolic (NEM) Stress Response to go haywire.

Your NEM is your body’s global response to stress, and it’s composed of six circuits, of three organs and systems each, that work together to fight stress. These circuits are the Hormone, the Bioenergetics, the Cardionomic, the Neuroaffect, the Inflammation, and the Detoxification circuits. Mold mycotoxins are a huge stressor on your body, and they can be especially damaging to your Inflammation and Detoxification circuits.

Depending on your current state of health, as well as your age, sex, and family medical history, you may end up with a chronic health condition due to chronic mold exposure. And each condition can produce a slightly different symptom picture. Nevertheless, the following are some of the most common symptoms seen in mold illness:

Unfortunately, very few mainstream medical professionals do mold testing as part of their efforts to uncover what the underlying cause of your symptoms is. It's common for those with mold exposure issues to end up getting treated for something completely different. Some conditions commonly confused with mold illness include:

If you have a combination of the symptoms listed above, or if you feel like the condition you’re being treated for doesn’t make sense (or is getting worse), it could be time to get mold testing done.

There are several ways to get mold exposure, the most common of which is inhalation. But you could also get it via skin contact or by ingesting it in food or water. In some instances, you can actually smell the mold growing in your home or office and you can also feel the dampness of the air in the room. But in many other cases, it is undetectable.

The first is through cytotoxicity. This is when the mycotoxins inhibit different pathways in the cells that are important for their functioning. For example, they can get in the way of ribosome functioning, which is the part of the cell that helps produce proteins. Proteins are the building blocks of cells and tissues, so interfering with their production can cause a lot of problems in tissue generation and repair. Mycotoxins can also activate different intracellular stress response pathways.

The second problem caused by mycotoxins is DNA damage. Mycotoxins do that either by binding to DNA and then deleting some of its code, by replacing its nucleotide, or by causing problems in the DNA replication process.

Another big issue with mold exposure is that it can weaken your immune system.

First of all, some types of mycotoxins release polysaccharides that can trigger apoptosis, or cell death, in neutrophils. Neutrophils are a type of white blood cell, and they are some of your immune system’s first responders to infection. They help ingest and kill the microorganism causing the infection.

On top of that, mycotoxins can also inhibit the activity T-cells and B-lymphocytes, which are also very important immune cells. They can slow down the production of antibodies and immunoglobulin as well.

Toxic Mold and Your NEM 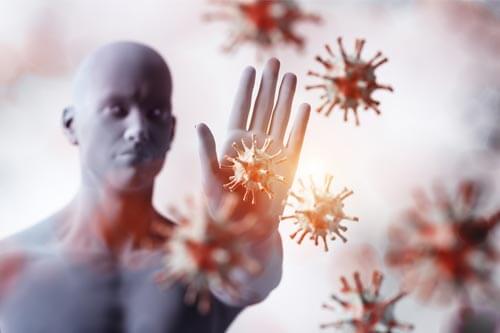 Due to all of the above effects, toxic mold exposure can wreak havoc on your NEM Stress Response. They make it extra difficult for your body to get rid of them by directly weakening your immune system. That means they become a kind of stealth infection that keeps your immune system constantly activated yet ineffective at the same time. This not only dysregulates one of the components of your Inflammation Circuit, the immune system, but it also leads to dysregulation in the entire circuit, which is also composed of your gastrointestinal (GI) tract and your microbiome.

When your body has accumulated a high amount of toxins, including mycotoxins, it can add pressure to your Detoxification Circuit. This can lead it to dysregulate, which then reduces your body's ability to get rid of the toxins in an efficient manner. Your Detoxification Circuit is composed of your liver, interstitium, and immune system. When any of these components are weak or congested, toxicity levels increase even more.

This vicious cycle can be quite difficult to stop. It can also be difficult to pinpoint which component began the domino effect in the first place. But it can lead to Adrenal Fatigue Syndrome (AFS).

AFS is a condition that results from chronic stress. Your adrenal glands, which are part of your NEM’s Hormone Circuit, work harder and harder to produce cortisol, your body’s main anti-stress hormone. This overworking eventually leads to their exhaustion and weakness, and the symptoms of AFS.

As you can see, some of these symptoms are similar to those of mold toxicity. That’s because mold toxicity, and the cascade of negative effects it can have, are a huge stressor on your system. And in order to recover from its effects, you need to get to the root of the problem. But you can’t do that unless you know what the problem is. That’s why mold testing is an important part of the equation. 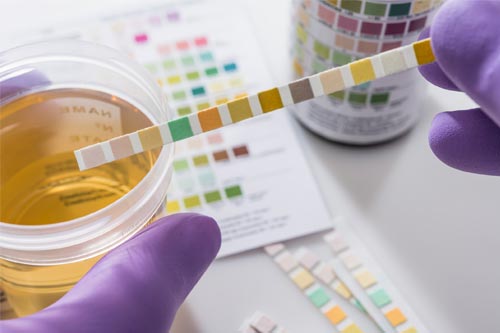 There are two main types of mold testing to consider, both of which are done with urine samples.

The first is done by checking which species of mycotoxins have infected your system. Some of the most common mycotoxins come from the Aspergillus, Penicillium, Stachybotrys, and Fusarium fungi. And each of these fungi can produce more than one mycotoxin type.

The reason mold testing for species is important is that each species may require different types of treatment. For example, Aspergillus overgrowth in the intestines may require anti-fungal treatment. But not all types of mold will actually colonize the gut, and so won’t require that kind of treatment.

One way to check for mold colonization is through the OAT. An OAT can also help with other types of mold testing as well. For example, when using it in conjunction with mycotoxin mold testing, you can find out how your Detoxification Circuit is doing. By checking the state of your endogenous glutathione, which is important for detoxification, we can see whether the mycotoxins have compromised that circuit.

Secondly, an OAT test can check for certain immune system markers for overgrowth of bacteria and yeast. Although bacteria and yeast are not the same thing as mold, mycotoxins affect the immune cells that keep these two in check. That means, when your immunity is weakened, you’re more likely to get issues there.

Finally, an OAT can also help us better understand how mold has affected your mitochondria, which are the energy factories of your cells. When mycotoxins have hijacked your mitochondrial pathways and are inhibiting your ribosomal functions, the OAT will show elevated levels of lactic and succinic acid in your urine.

We offer both of these tests as part of our mold testing services at Lam Clinic. We can also come up with a treatment plan for you that not only deals with mold illness, but that also addresses any resulting AFS and NEM dysregulation.

Mold Testing for Your Home 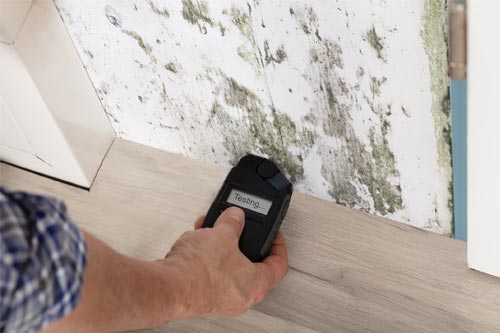 Whatever type of mycotoxins you have, it’s due to environmental exposure. And any treatment will require you to remove that source of exposure. That’s why it’s imperative that you not only get mold testing for yourself, but also for your home. You can do this testing yourself or through a mold testing company. Some do-it-yourself options include:

If you want to get a professional to come test your home, some options include National Association of Mold Remediators and Inspectors and Environmental Analytics.

Mold toxicity can cause many serious health issues as well as very unpleasant symptoms. Unfortunately, mold testing is not yet part of routine checkups for those that complain of these symptoms. At least not in most standard medical clinics. Thankfully, most integrative and functional medical professionals are aware of its importance and can offer you mold testing services.

Who Should Get Mold Testing Done?

If you’ve been experiencing strange symptoms and your doctor can’t figure out why, you might want to ask to get mold testing done. Mold illness is more common than people think, and, thankfully, there are good therapies for it. And they all start with identifying and removing exposure.